After having made during her studies in Tehran an immersion in the thought and the Far Eastern art of the void, Mojgan Moslehi focuses on a series of gray-bluish monochrome paintings, which she calls The imaged void, where the intensity of the material used is so thin that the pictorial space appears like a disappearing breath, suggesting a landscape engulfed in a deep fog. His artistic practice aims to be like a mirror in constant evolution.

Later she implements her pictorial achievements on various media with increased conciseness in her color choices: an intensely deep matte black, reflecting the bottomless background of absence, or perhaps the maximum gravity of presence. His interest in the pictorial qualities of emptiness results in the stripping of the material, erasures, shimmers, and a blanket covering.

In her photographic development, she is more interested in the effects due to contact, or the dialogue between things and events, the weft, blurs, use of speed erasing the silhouette of forms, preferring materials and energies diffuse, at the edge of the apparition like clouds and mists, shadow and night, liquid de-figurations, disappearance by ignition. It captures fleeting states, spaces in between, presences through the illegible. His photography accounts for imponderable dimensions and circulations based on his perception of multidimensional time. 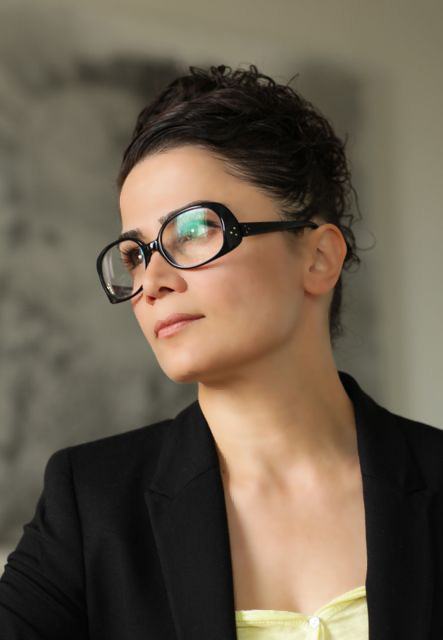 Mojgan Moslehi is a visual artist who brings together in her works a set of technical and complex means of expression, ranging from painting to installation, including drawing, object, photography and video. Born in 1969 in Tehran, she began her studies in visual arts at Azad University in Tehran where she obtained a Masters. But intensely concerned about regaining her artistic autonomy, she spent several years in her studio in Tehran and produced a large number of paintings and drawings, which will give rise to numerous exhibitions and distinctions at the national and international level. . She moved to Paris after obtaining an artistic grant and resided at the Cité Internationale des Arts in Paris for two years where she singled out her artistic career by not being too concerned with her mediation, but by deepening through a process of internalization to achieve the originality of his creation, before resuming the path of academic studies and enrolling at the School of Arts of La Sorbonne. She obtained her doctorate in 2010 with a thesis entitled: The Art of the Void – The presence of the void in contemporary art.

After collaborations and several joint exhibitions with Michel Sicard, in Seoul, Nanjing and Beijing, they decide to form an artist duo, where they merge their designs and achievements under the surname of Sicard & Moslehi.